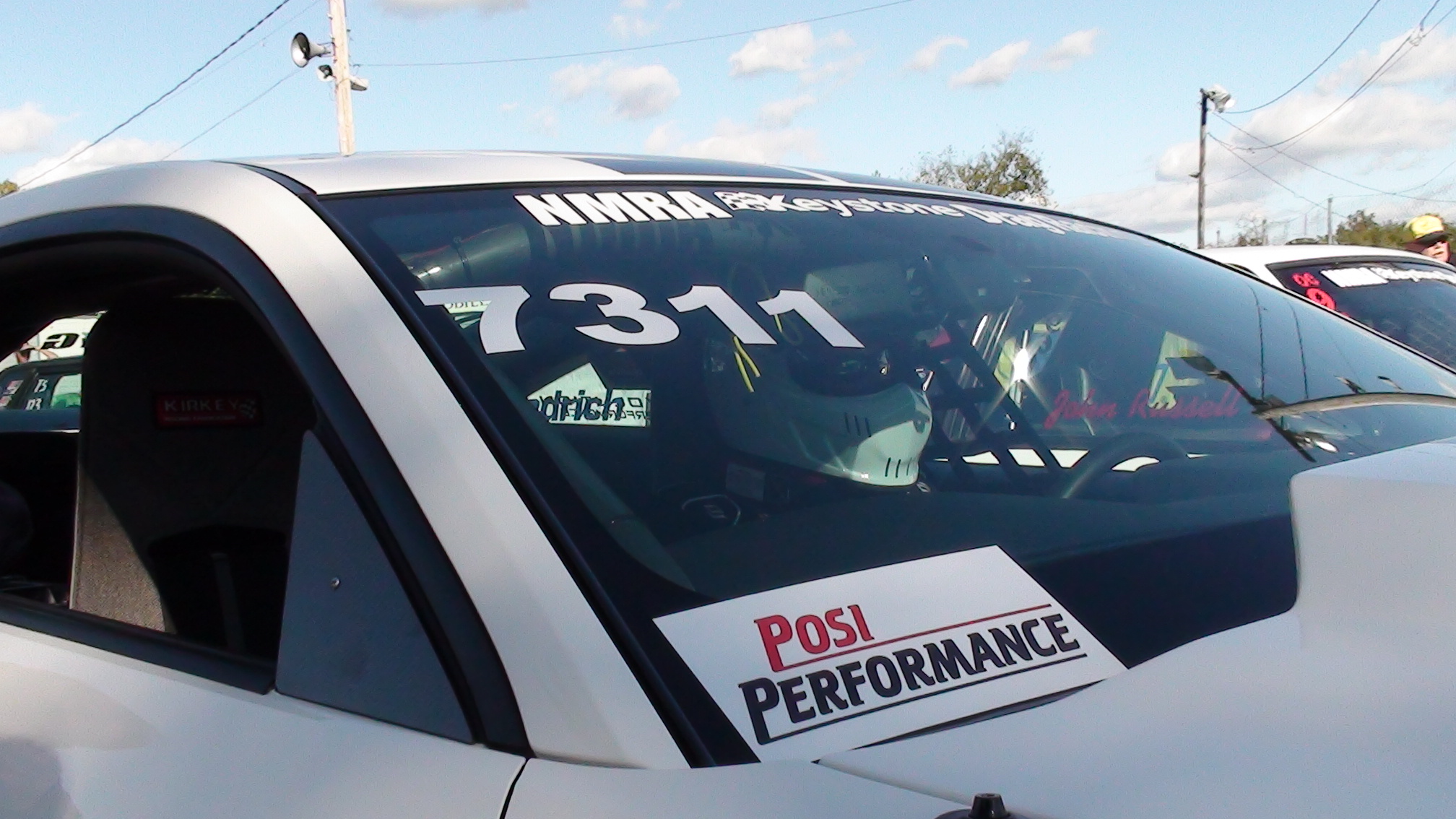 14 March In Tommy Passalacqua by admin

The NMRA World Finals features the Terminator vs. Shelby GT500. The Shelby GT500 and Terminator Cobra communities have lots of individual records that are tallied up on various message forums. The enthusiastic groups keep track of records like quickest with a stock blower or another niche title is quickest stock short-block. But the one overall title that’s easiest to identify is simply the Quickest Shelby GT500—no asterisks or special notes regarding a certain list of modifications. Tommy Passalacqua has the honor of laying claim to this basic title—no one owns or drives a quicker Shelby GT500. He set the overall record this past weekend with his 8.36 at 165 mph performance during the third round of eliminations.

The essence of the record is that the car utilizes a stock suspension S197 chassis and a 5.4L engine. Please don’t confuse this 2008 Shelby GT500 with a gutted racecar, it is the exact opposite with its full interior, minus the addition of Kirkey seats and rear-seat delete. Passalacqua cruises the streets of Connecticut regularly and the GPS, stereo system, and Bluetooth are all functional. The only street item removed is the A/C compressor unit but the rest of the A/C system is intact. Under the hood a Kenne Bell 3.6L supercharger huffs approximately 27 psi of boost into the 5.4L. L&M Race Engines is responsible for the fully built engine while Lund Racing handles the tuning of the factory ECU. The 5.4L engine burns E85 fuel rather than high-octane racing gasoline. Evolution Performance is credited with providing the parts and pieces for this home-built hero. DMC Racing crafted a custom roll cage to fit tightly in the interior without intruding on the comfort of the passenger and driver. A parachute also hangs off the back to help slow the 3,650 pound street car from the 165 mph speeds.

On the advice of Evolution Performance’s Nelson Whitlock, Passalacqua changed to a different set of rear springs to help the car hook better and run quicker than its previous best time of 8.60 at 160, which he ran at the 2011 NMRA World Finals. Another change was to go with a 3.50-inch blower pulley. Passalacqua qualified third, behind two extraordinarily quick Terminators—one uses twin turbochargers for a power adder while the other Cobra employs a Vortech Xi-trim centrifugal supercharger on top of a 4.6L engine. The Shelby GT500′s third place on the ladder came by way of an 8.43 at 164 mph. The next day the air and track conditions were slightly better when Passalacqua dropped the 8.36 in the third round of eliminations. Passalacqua went all the way to the finals to face Jacob Conant and he lost due to tire spin that slowed him to an 8.95 and hurt his reaction as Conant ran a slower, but winning, 8.97.

Passalacqua plans on installing the smaller 3.25-inch pulley before the winter sets in. It will require a specially sized blower belt but he hopes the change will bring the boost up to around 30 psi. He also plans on shedding some more weight from the car. More power, less weight should equal a 7-second run and that’s with the stock computer rather than a stand alone system.