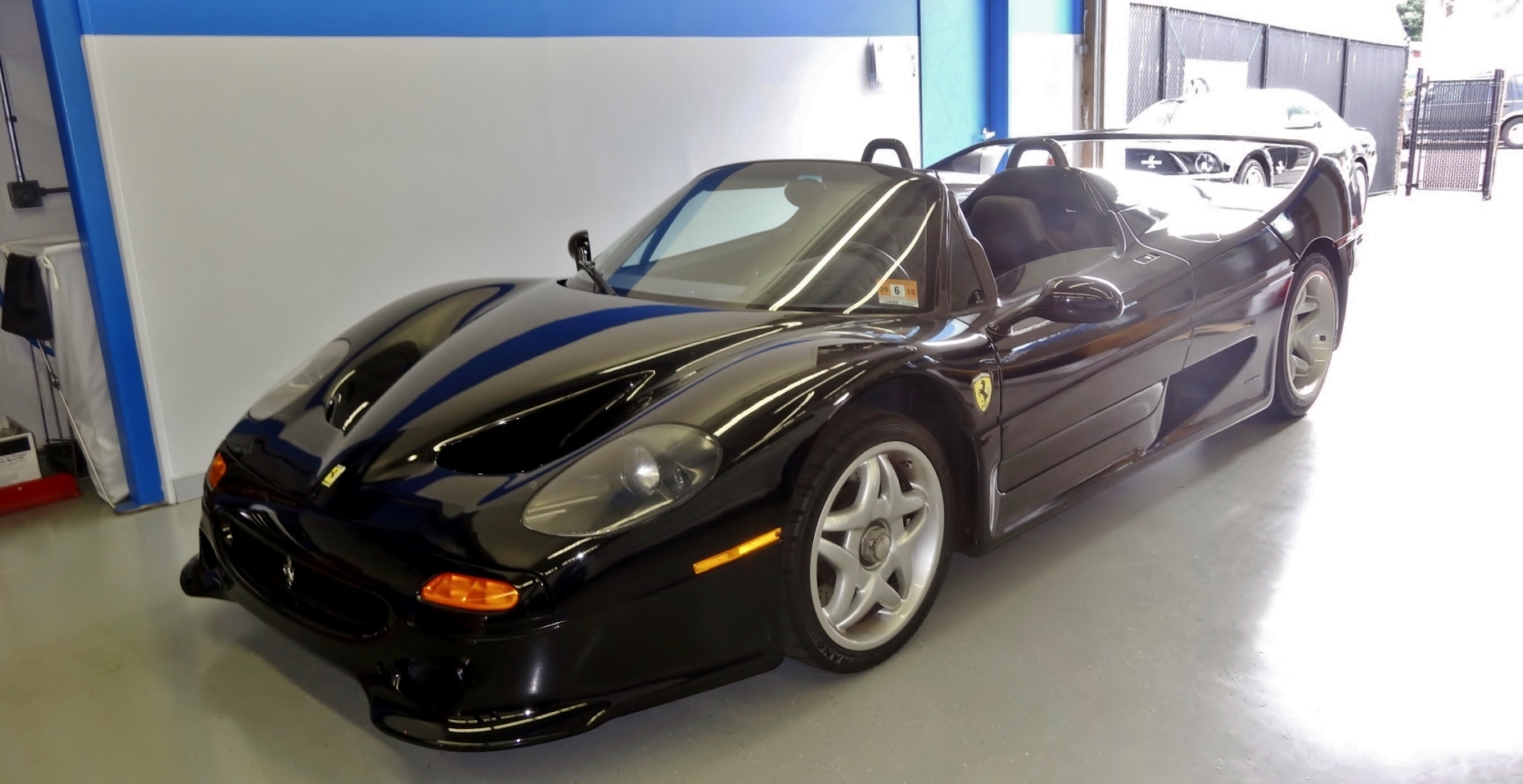 Created to celebrate Ferrari’s 50th anniversary, the F50 was the closest thing to a road-going Formula 1 car the company had ever built. Given its uncompromising, purist approach to high performance, the F50 was devoid of power steering, power assisted braking and ABS, but made extensive use of sophisticated composite materials, F1-style construction technology and aerodynamics.

The bodies were mounted on a 2580mm wheelbase chassis, with a 1620mm front track and 1602mm rear track. The Cytec Aerospace carbon fibre chassis had factory reference numbers F 130 BD, and were numbered in the continuous chassis number road car sequence. The construction incorporated the rubber fuel cells within the structure between the passenger compartment and engine mounting points, and as with the F40 the body panels were all constructed from composite materials.

The mid mounted engine was a 65 degree V12 unit fitted longitudinally and rigidly mounted to the rear bulkhead of the monocoque cell. A lightweight nodular cast iron block was used that featured integral Nikasil coated cylinder liners, whilst the connecting rods for the special forged alloy pistons were manufactured from titanium alloy.
The total cubic capacity of the engine was 4700cc, with an 85mm x 69mm bore and stroke, and factory type reference F 130 A. It had five valves per cylinder, twin overhead camshafts per bank, each bank having its own chain drive, dry sump lubrication was provided, and a Bosch Motronic 2.7 combined ignition/fuel injection system, to provide a claimed power output of 520bhp @ 8000rpm. The differential assembly was mounted on the back of the engine in unit with the rear mounted six speed all synchromesh gearbox.